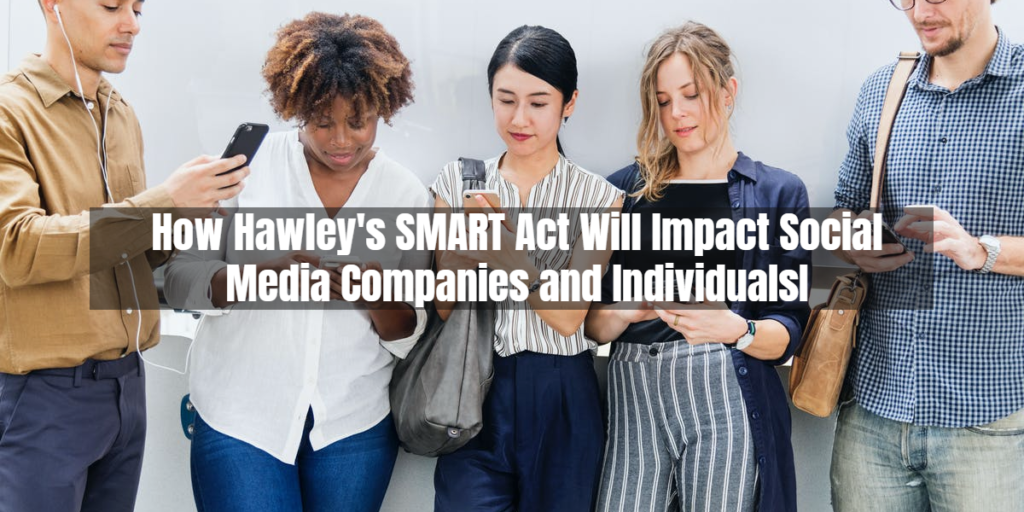 There’s no denying that social media has become a strong presence in the lives of hundreds of millions of individuals across the globe. However, these channels which were originally created as avenues to bring individuals together, have also morphed into giants plagued by controversy and criticism. From privacy concerns, to inappropriate uses of personal information as well as social media addiction, it seems as though these platforms could potentially become more monstrous than beneficial to the public. As a result, they have often become the target of concerned politicians and groups wary of the amount of power and information these companies are quickly amassing.

One such opponent is Missouri Republican Senator Josh Hawley. Hawley, a known critic of social media, recently came into the spotlight when he introduced a piece of legislation called the SMART Act this past July. If you’re interested in learning more about this piece of legislation, it’s purpose and the potential ramifications it will have on individuals and social media companies if passed, then look no further than these next few lines. 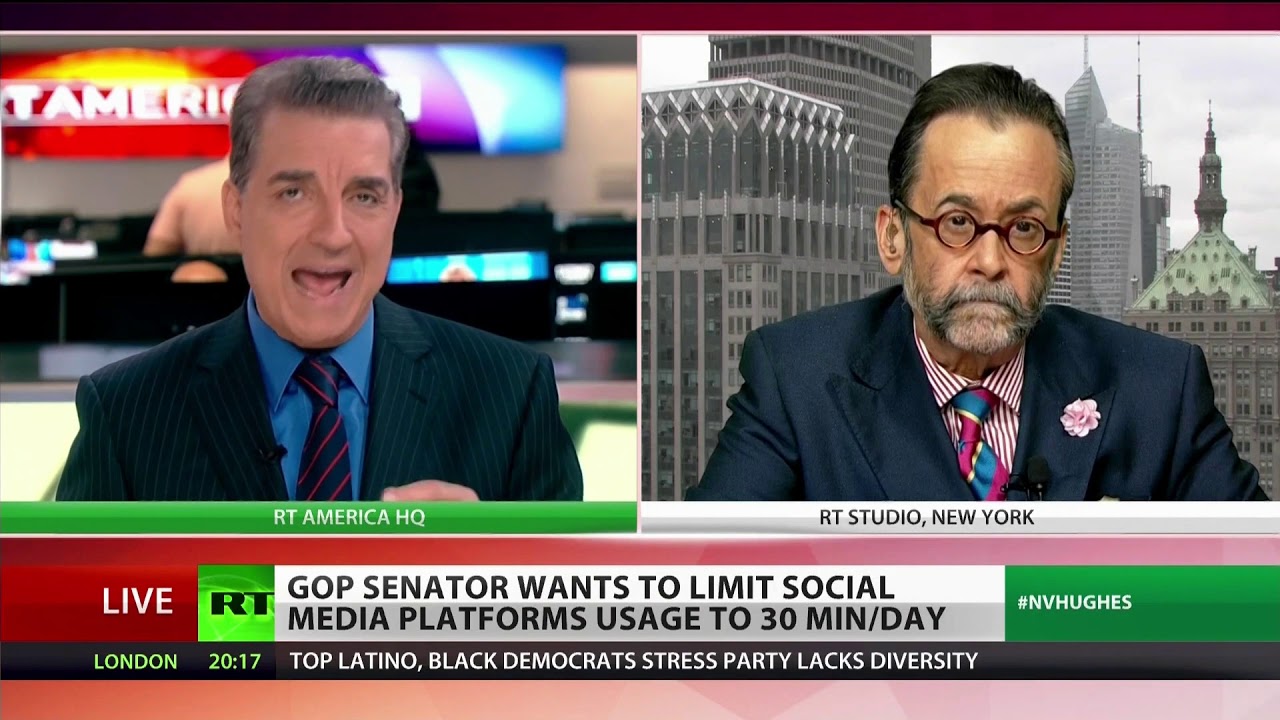 The SMART Act At a Glance

This past July, Missouri Republican Senator Josh Hawley introduced a bill seeking to crack down on social media companies and users. The proposed SMART Act stands for Social Media Addiction Reduction Technology Act and was developed to “change the way social media operates”. The purpose of the bill is as follows:

In layman’s terms, its goal is to tackle what has been often viewed as a widespread epidemic of social media addiction in the United States.

Some have described Hawley as an “anti-tech” crusader, so this comes as no surprise that the bill was initiated by him. Hawley in fact wrote an op-ed for USA Today in May of this year where he postulated that social media may be doing our country “more harm than good”. In the article he also described it as a “parasite” on everything from productive investments to meaningful relationships and a healthy society.

Among many things, the piece of legislation seeks to ban infinite scroll and autoplay as well as impose a 30-minute time limit on social media use across user devices. Its also said to target “certain gamification features”.

The key difference in this piece of legislation as compared to other proposed bills in the past is that the bill seeks to also impose limits on the users themselves as opposed to the actual platforms, which are notoriously hard to pressure into change.

Regardless, the bill is looking to not only prohibit numerous features but also classify any platform operating with them as doing so unlawfully.

Among the restrictions include a ban on infinite scroll as well as a ban on the elimination of natural stopping points as lawmakers feel that these features take advantage of vulnerabilities in our psychology and thus unfairly persuade us to spend more time on the platform than we may innately desire. The proposed legislation also seeks to ban badges and other awards linked to engagement with the platform.

The proposed bill additionally seeks to impose further requirements on social media companies to comply with. Among these requirements include a willingness to create a user-friendly interface which allows for users to set time limits which block their own access if the amount of time they spend on such platforms exceeds the time limit set by the user.

It is specifically seeking to require companies to automatically place limits on the amount of time a user spends on such platforms to 30-minutes per day with the option to override this.

Failure to comply with these requirements could result in enforcement by the state attorneys general.

But that’s not all folks. The piece of legislation is also looking to crack down on operators of any “website, online service, online application or mobile application”. The bill seeks to require individuals and companies as such to obtain consent of users through a handful of specific methods and seeks to also ban preselected options for consent as well.

So what does this mean for social media companies?

Since news of the proposed piece of legislation broke, it seems that every media outlet in the country has made it their prerogative to highlight the 30-minute time limit thus instilling what can only be described as sheer horror into the general public.

However, many of the impositions are targeted towards social media companies themselves as opposed to the users. The truth of the matter is that the restrictions which are indeed targeted towards individual users, such as the proposed social media daily time limit, are much more innocuous than they seem once the piece of legislation is reviewed. This is because these limits are to be created by the users themselves who also have the power to override them should they prefer.

Social media companies on the other hand do rightly have a reason to be concerned. The various restrictions and bans set forth in the piece of legislation will require them to make significant changes to their platforms which will undoubtedly come at a significant cost for them – and not just financially. Features such as infinite scroll and autoplay could easily be seen as features which seek to enhance the user experience. As a result, they could face quite a backlash from the public in the event these potentially valuable features are no longer available.

This is perhaps especially the case with regards to the ban on badges and other awards which are linked to engagement on platforms. These features have become immensely popular since their implementation and are particularly valuable to influential figures, who use them also in part to establish verified accounts so that the public can differentiate between fake profiles and authentic ones. Influencers who earn rewards on platforms often build their social media empires (and lives) on such features and many times put in countless hours of hard work and hard-earned money for advertising and promotions in order to obtain them.

The looming blanket of worry seems almost reminiscent of the earlier days when the GDPR was first introduced. And unfortunately, you can’t exactly blame them. The truth of the matter is that if this bill is indeed actually passed, social media companies will have very little time to enact the changes required in order to be compliant.

In fact, according to the bill itself, companies will have to make drastic changes within a span of just three months upon its enactment in order to ensure they are not performing any of the prohibited practices which are listed. They will furthermore have just 6 months after the date of the enactment in order to comply with the various list of requirements.

Keep in mind that if they are found to be non-compliant, they’re getting much more than a slap on the wrist as the bill seeks to classify non-compliance as unlawful. This means that if they don’t comply with the SMART Act in a timely manner, they could potentially face repercussions from the commission as well as legal repercussions such as civil suits from the state attorneys general office. While the public is concerned about a potential self-imposed time limit which they can override themselves should they want to, these companies are concerned about the potentially disastrous effects that this piece of legislation could have on their glorious empires. That’s a hard pill to swallow.

Social media — you either love it or hate it. While these platforms have provided countless of individuals with a way to connect to their friends and loved ones across the globe, they have also come under fire for the ways in which they approach user privacy and leverage personal information to their benefit. The SMART Act as proposed by Missouri Senator Hawley was created as a way to keep these companies and users in check and also to help combat what is largely considered a growing epidemic of social media addiction. Will it be passed? Is it as the Federalist put it the “beginning of the revolt against big tech”?  Only time will tell. For now, we can only postulate as to what could be the potential ramifications if it does.

What is your opinion on Senator Hawley’s proposed SMART Act? What do you feel are some ramifications that could be had should it be passed? Let us know in the comments below! We’d love to discuss!