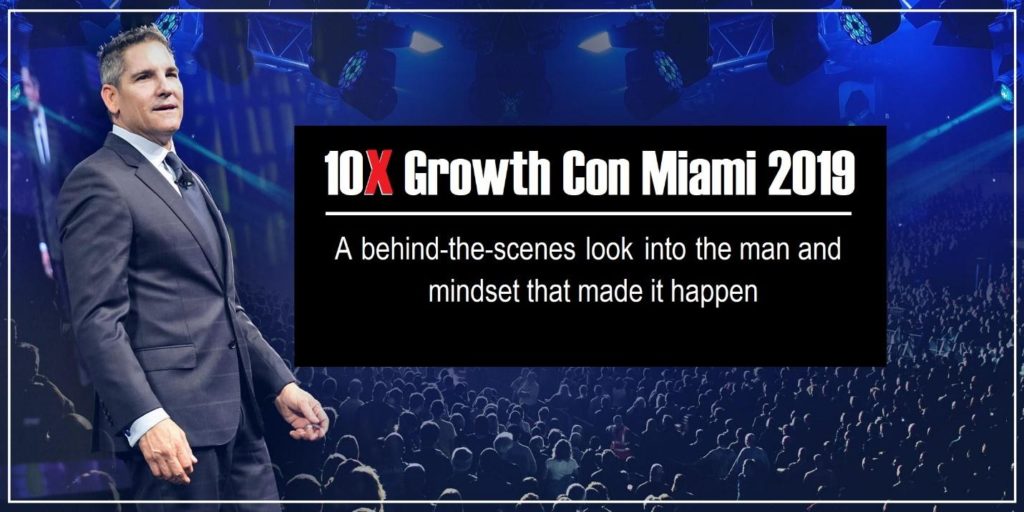 Source
Serial entrepreneur and New York Times bestselling author Grant Cardone held his highly anticipated 10X Growth Conference earlier this month and by all accounts – it was a show for the books. Headlines called it the largest business conference in the world and estimated the economic impact to the surrounding area of Miami, Florida to be around $125 million. Despite the fact that this was just Cardone’s third conference event, the business mogul still managed to sell out a whopping 35,000 seats.

In an interview with Mike Dillard on his podcast Self Made Man, Cardone explained to his audience how by applying the same mindset that he’s used time and time again to bring his wild ambitions to life, he was able to achieve success with his 10X Growth Conference in Miami.

If you’re interested in learning more about what went on behind the scenes of the 10X Conference and how Cardone used the very principles and strategies he promotes to his audiences to pull off such a massive event, then look no further than these next few lines.

There’s no denying the fact that Cardone is a goal-oriented man. But we’re not just talking any goals, we’re talking 10X goals. The idea behind Cardone’s 10X Rule is to establish goals so far out there, so bold, outrageous and daring, that you’re obligated to apply the proper mindset and put in the amount of work necessary in order to achieve your idea of success.

One of Cardone’s most popular sayings is that individuals should “have goals so big that their other problems pale in comparison.” If your goal is to make $100,000 in sales per year – 10X that. Shoot for $1 million and apply the mindset and work ethic necessary in order to achieve that goal instead. The result may be that you miss the $1 million mark, but you’ll certainly hit your $100,000 goal.

In his recent podcast interview, Cardone stated that the primary driving force behind his success in life and for the event were his goals for financial freedom and to make a palpable impact on the world by changing people’s lives.

Cardone’s first public speaking event had just 8 attendees. Fast forward to 2017 and his first conference in Miami at the Diplomat Beach Resort Hotel attracted 2,200 attendees. For his next project, Cardone told his team that he wanted to put together a conference in under 90 days. They did it in 77. The result was a Las Vegas 10X Growth event that attracted over 9,000 attendees.

Helping a couple hundred or thousand individuals “was great”, but Cardone wanted to do more. He wanted to operate at a magnitude that would truly catalyze change. He wanted to fill a stadium; and so, he set higher goals for his Miami Conference in 2019. 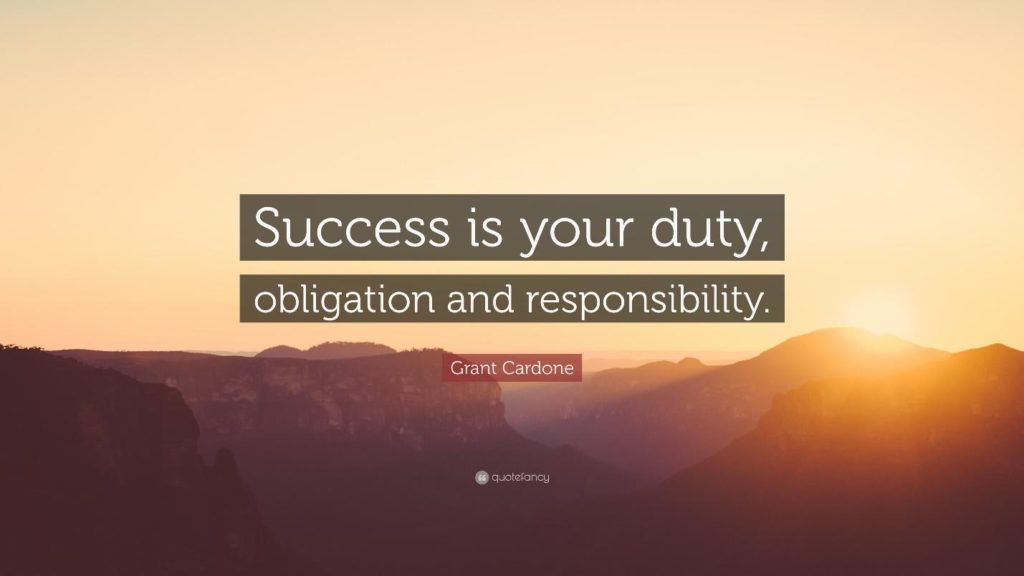 The Mindset Behind the Conference
The 10X Growth Conference in Miami attracted 35,000 attendees from over 50 countries. Cardone insists that there were a number of principles which he consistently abides by that helped enabled him to put together such a massively successful event.

Make the decision to take radical responsibility for your life. In many interviews Cardone has stated that he was never the poster-child of success. His parents weren’t wealthy. He didn’t have an ivy league education and he struggled with substance abuse in his younger years.

It wasn’t until he entered rehab and moved in with his mother at the age of 25 that he finally decided he was truly going to take responsibility for his life and his future. By the age of 30, he made his first million dollars. In an interview with CNBC, Cardone says the best advice he ever received in life was from his mother.

“She said, ‘The best investment you will ever make is in yourself. It’s a-no lose deal. It will always give you a return. Nobody can take it from you. It’s yours.'”

Don’t feed into negativity. “I had everyone telling me what couldn’t be done”. Cardone says that he often has received significant criticism from others for many of his projects. Often times he was told he should be satisfied with his place in life. He was married, he was a father, he was successful – but Cardone insists that his relentless ambition has only ever enabled him to do the things he loves and make a true impact in the world.

“If I compare myself to every person struggling on this planet I will never get anywhere. I have to…look at what the winners are doing…success teaches me so much more than failure”.

Commit first. Work out the details later. “What we do is we commit to a project, then we start adding the mechanics afterwards.” When planning the 10X Conference in Miami this year, Cardone didn’t start out with organizing dates and selecting hotels. He committed to the event and worked out the details along the way.

“We didn’t know where the hotel was going to be until five months into the ticket sales”.

He and his team literally sold 1/3 of their seats without a location, exact date, or the disclosure of a speaker list. Cardone simply committed to the event and essentially asked his followers to trust him to deliver.

Be omnipresent. “In the 10x rule I write about omnipresence. Be everywhere all the time.” In preparation for the conference Cardone stuck to his steadfast belief that anyone who wants to do something in life and make a difference has to “saturate the space”.  Following this mindset Cardone and his team decided to buy up $1 million worth of billboard space around the Miami area prior to the event.

The thought process was that Cardone could use the ad spend to draw in potential audiences, investors and partnership opportunities by attempting to get as much attention as possible. Cardone said the advertising resulted in opening him up to a plethora of opportunity and resulted in calls from the Miami Heat and team members hitting him up on social media to ask him about his work and the event.

Don’t let fear hold you back. “There’s always going to be a conflict”, says Cardone. In his interview with Mike Dillard, Cardone talked about how there were a number of obstacles that presented themselves when planning for the 10X Growth Conference in Miami. For one, his decision to hold the event on Superbowl weekend was heavily criticized.

The event, which cost Cardone “north of $8 million and just south of $10 million” didn’t go off without a hitch. Cardone reached out to a number of celebrities and influencers, including Tom Cruise and Jamie Foxx, but was turned down due to their filming schedules. He also had troubles with his team and even was forced to let go of their main event specialist for a number of reasons. “He’s not with us anymore. He couldn’t hang”, said Cardone.

Think long-term. In his interview with Dillard, Cardone elaborated on how the 10X Growth Conference fit well within his long-term strategy and business ecosystem. For one, it lifted up his brand, made him known and opened him up to a plethora of collaboration and branding opportunities. It also funded a lot of his marketing and advertising.

Additionally, the conference allowed him to spend more face time with his audience, enabling him to get to know them on a more personal level. “In a world where we live with so much social media…it becomes vital that you actually get to meet people. Real human beings” said Grant.

Grant also felt the conference was a great way to increase cohesion within his team. It was important for him that his crew felt they played a role in building something truly significant. 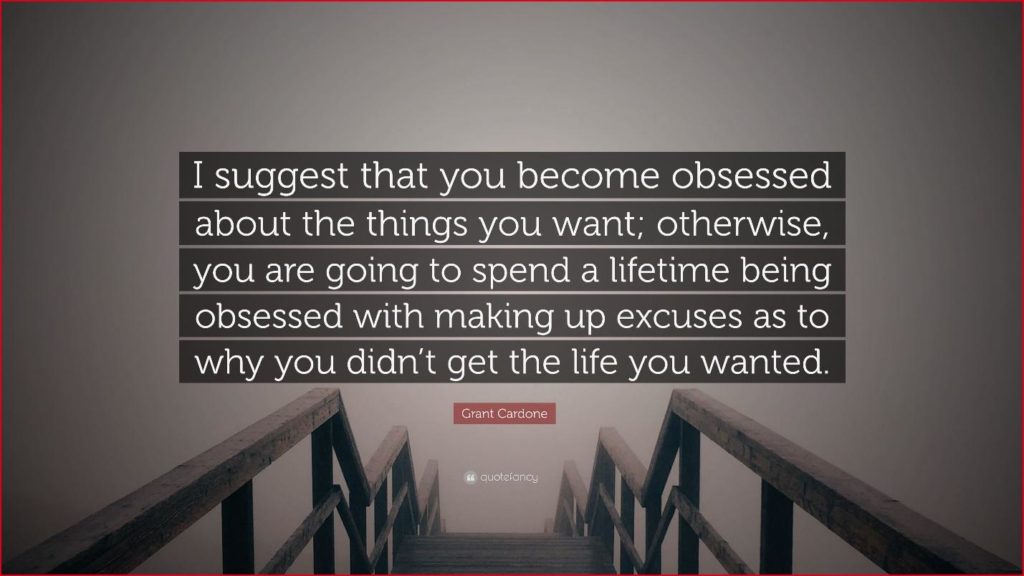 The massive success of Cardone’s 10X Growth Conference in Miami this year serves as yet another case study on the true power of the 10X mindset Cardone incessantly teaches to his audiences. Cardone’s wild and fearless ambition along with his inexorable motivation are what have helped shape him into the impactful and defining authority figure he’s become today.

Has Grant Cardone made an impact on you and your life in some manner? Let us know in the comments below. We’d love to hear your story!